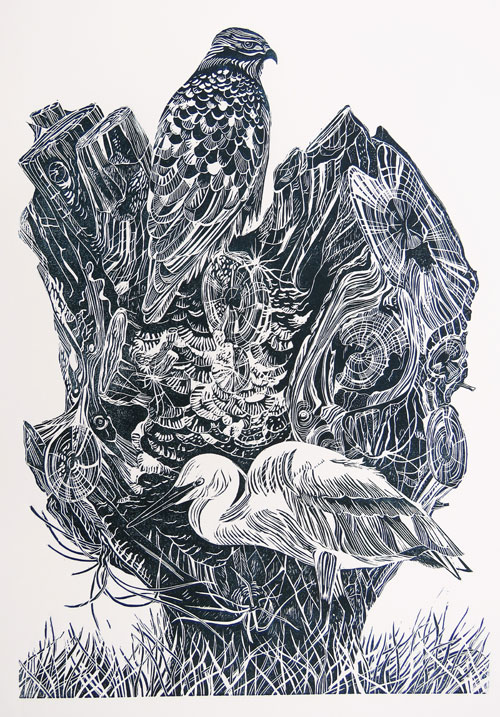 Watcher in the Willow - Linocut
27/10/2018
Delighted to have this linocut selected for BRITISH WILDLIFE OPEN exhibition held at ACE Arts in Somerton in partnership with Somerset Wildlife Trust. Exhibition runs until Nov 3rd

Over several months I observed, sketched and photographed this gnarled pollard willow stump which is in a rhyne on the levels near us. A route marker for egret, buzzard, kestrel and heron who I saw perched on or beside the tree. I was drawn to the cracks in the bark; the man made saw cuts and cross sections of wood; the shapes of the fungi and the random grasses that grew from cracks. The patterns of the buzzard’s feathers had similarities with that of the bark so that the buzzard extends from the tree in contrast to the smoother white egret standing in the foreground.
Next
Previous